I’ve covered deteriorating sales of compact luxury sedans from BMW and Mercedes in the United States before. Coincidentally or not, the sales growth started deteriorating around the time the Model 3 announcement was announced (not a typo).

I hadn’t updated my charts for a few months and as I looked at EV market share last week, I figured I’d also check in on the state of BMW and Mercedes once more.

It looks like a bad time for not only their compact cars but the brands as a whole. Here is how fast the Tesla Model 3 is catching up to the sales of the C Class and the 3 Series: 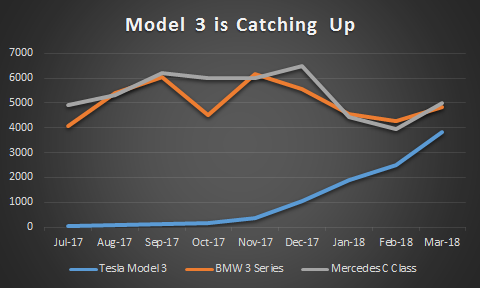 Here are the last few years of 3 Series sales: 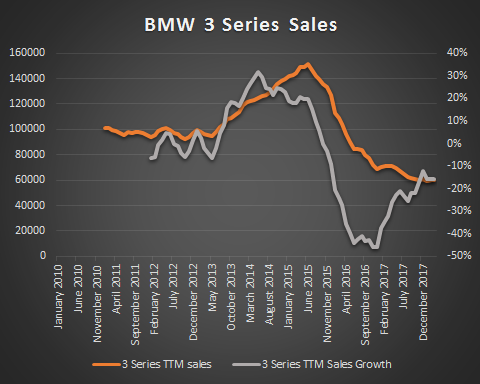 Here are the last few years of C Class sales: 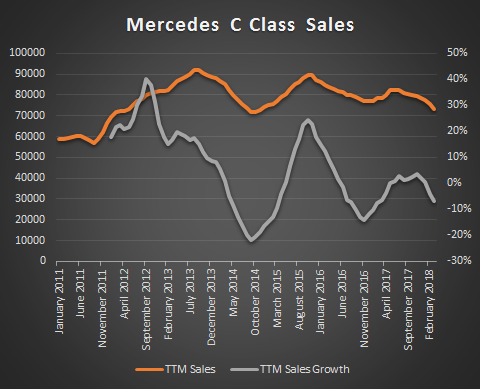 The C Class situation doesn’t look as dire as the 3 Series. However sales growth has been mostly flat to negative since at least mid 2016. My expectation is that the decline will continue. 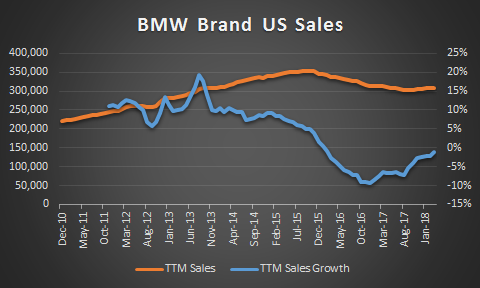 The BMW brand sales on the whole don’t look as bad as the 3 Series. However negative growth has been around for a while. It looks like BMW is turning around and inching towards positive growth. What does BMW sell a lot more of than Mercedes? Plugins! 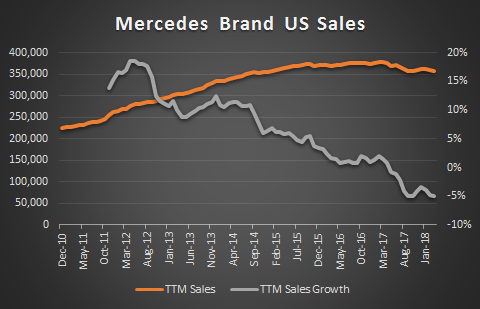 The decline in growth for Mercedes looks just dismal. The last time I looked at this chart, Mercedes brand growth in the US had hit 0 and was staying at 0. Now it is clear that the negative trend has continued.

I think this is just the beginning and expect the decline to continue. Stay tuned for a deeper look in the coming weeks.